An online artwork that plays with a number of perceptual illusions highlighting uncertainties and gaps in our awareness. Produced during the 2020 COVID pandemic, the work simulates a gallery exhibition entitled RESPONSIVE EYE, staging an allegory of impotence during times of crisis and civil unrest. 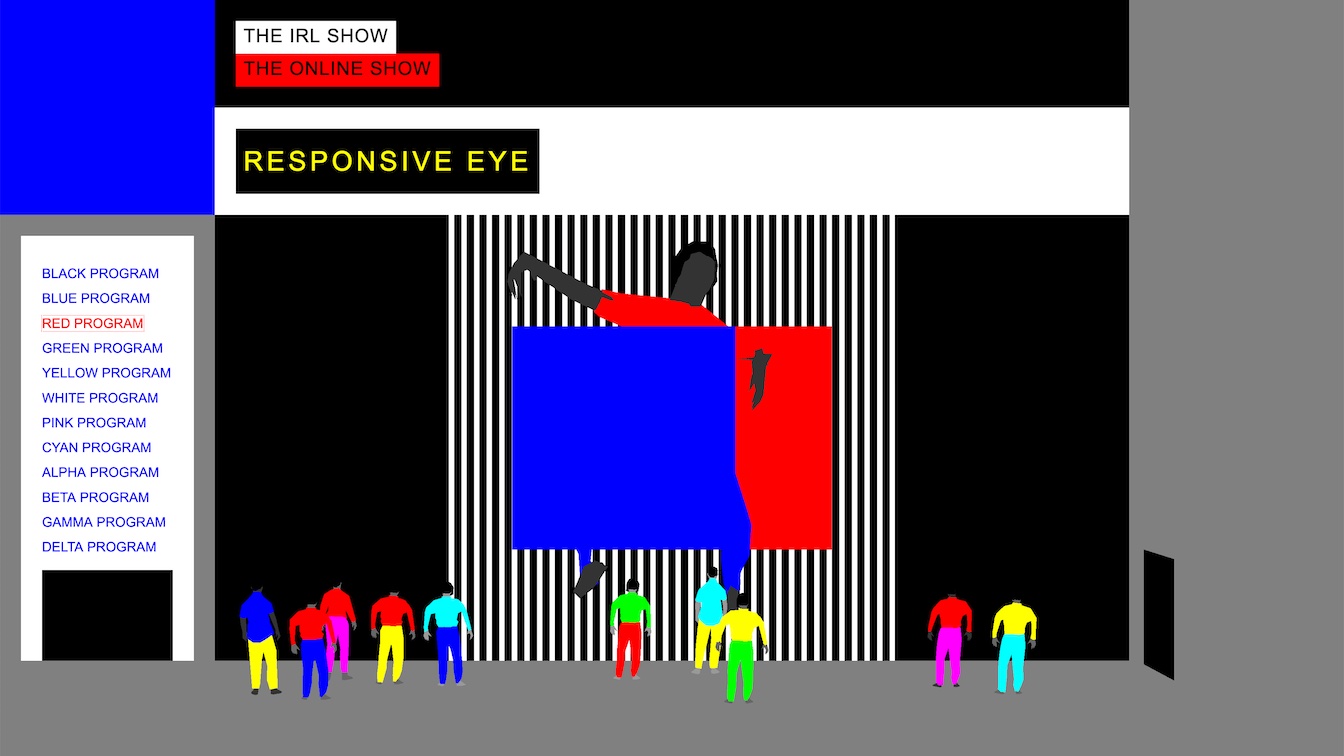 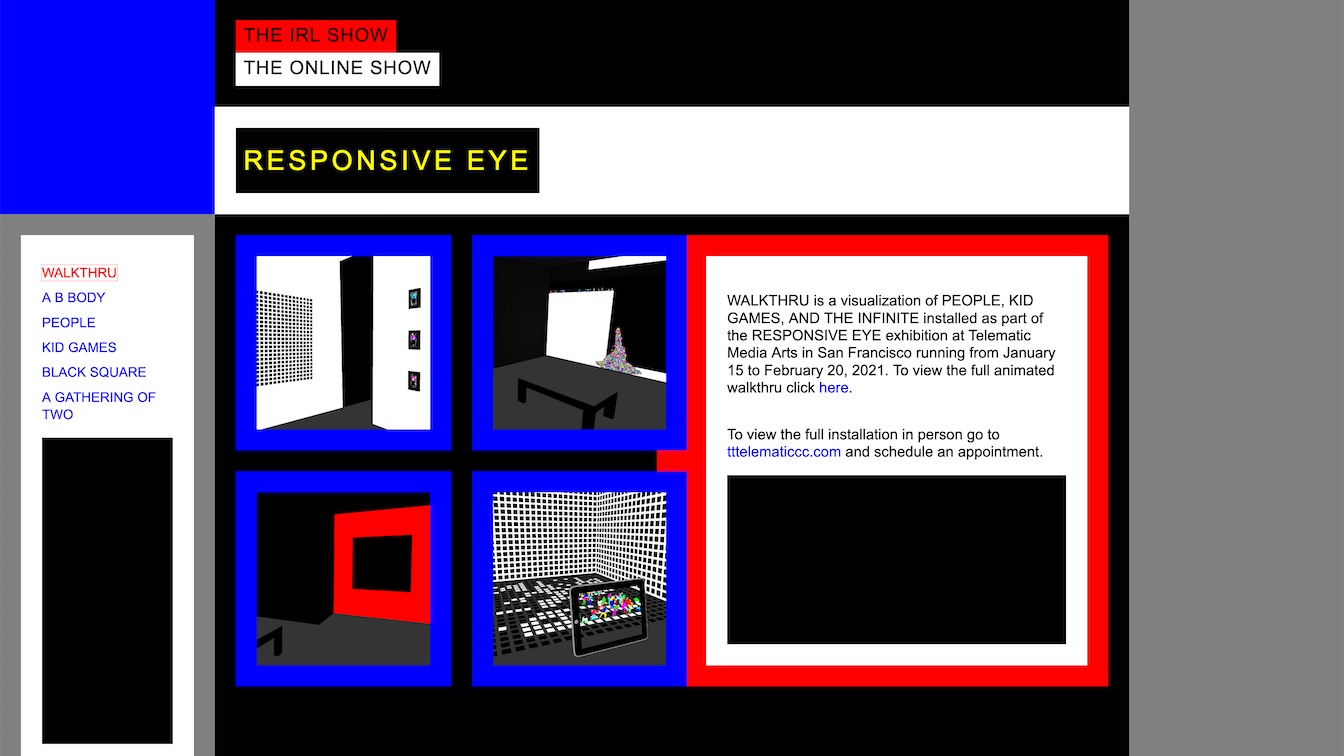 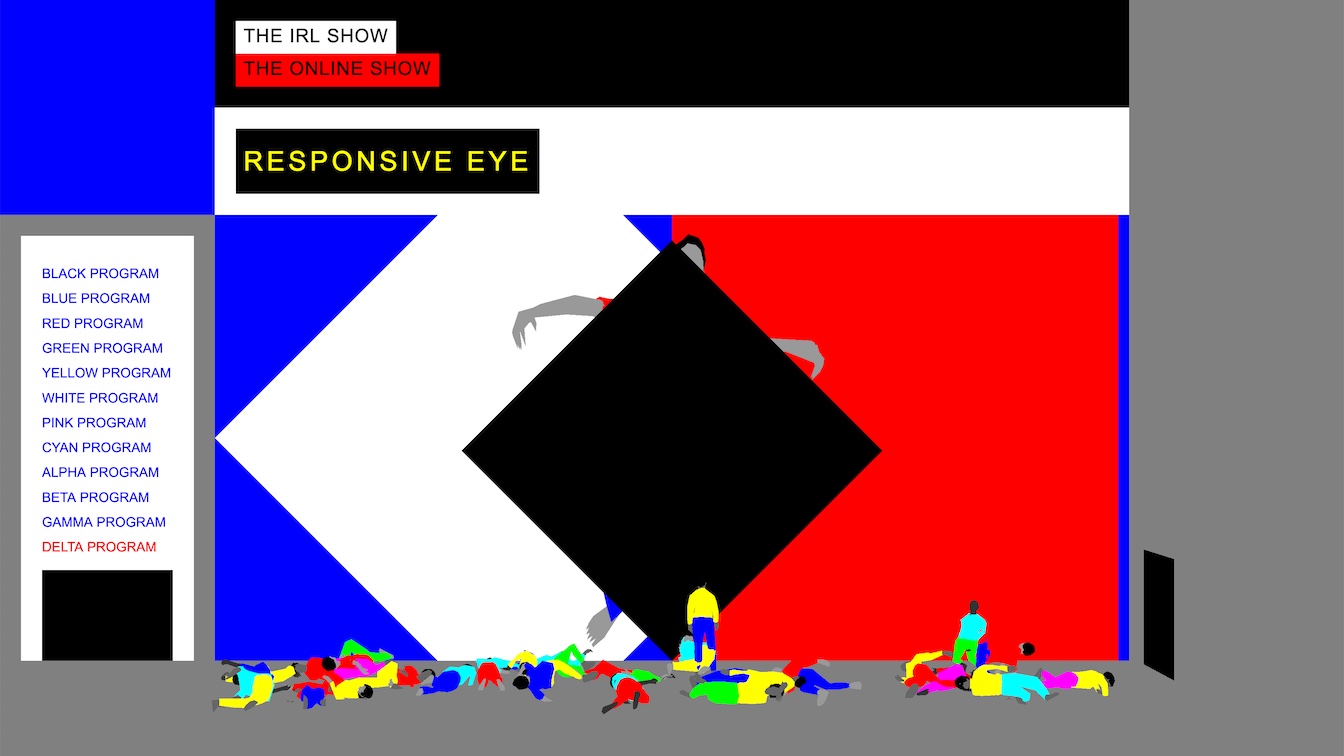 A computational artwork that runs for the duration of a workday. In it, a building-sized projection fills a single wall and 2.1-channel generative audio permeates the exhibition interior. The work pictoralizes a vacant landscape slowly filling with a mob of multi-colored avatars. This performance, invoking the lemmings concept, grows a speckled stalagmite of digital bodies over the course of its 6 hours. 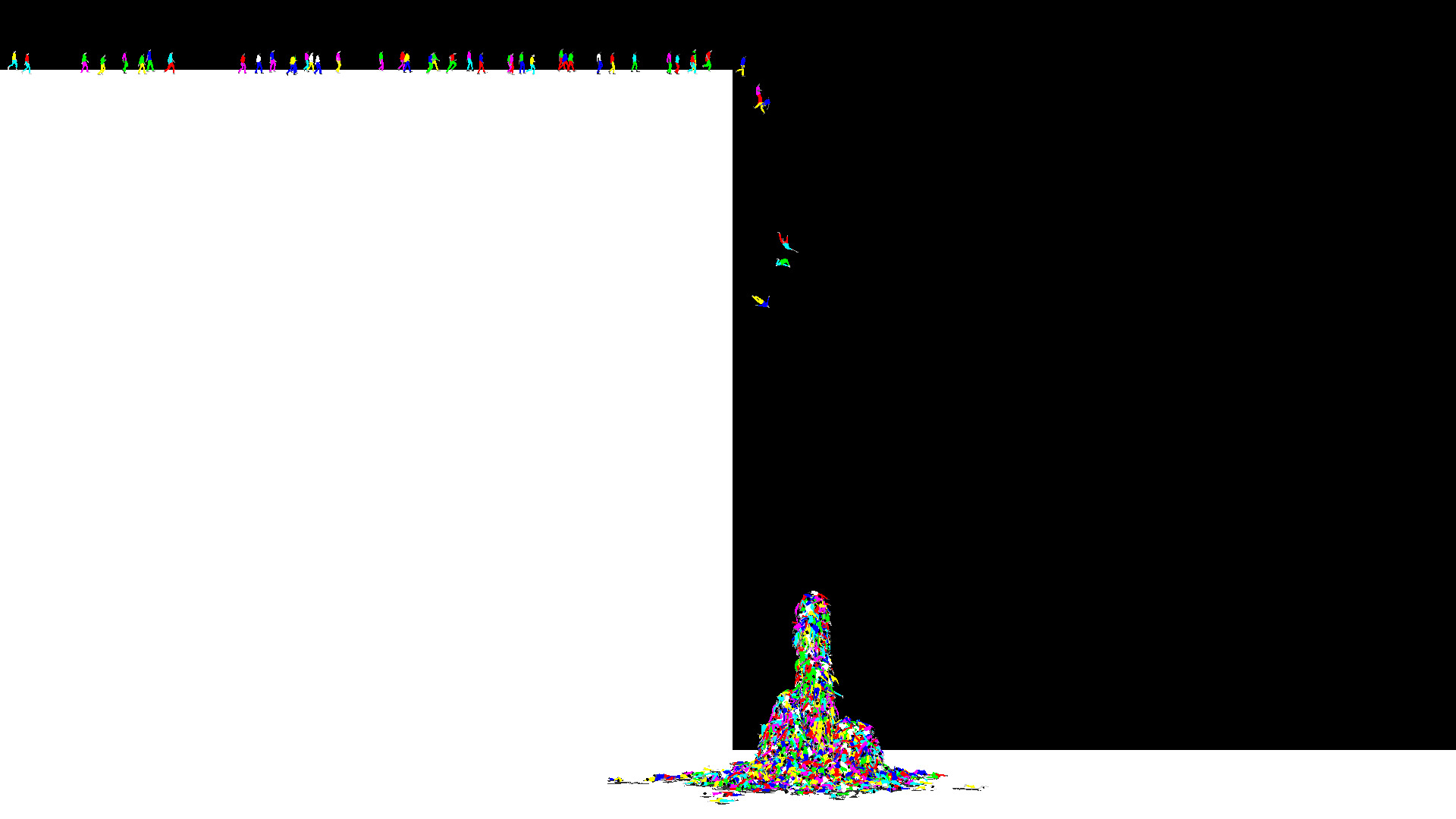 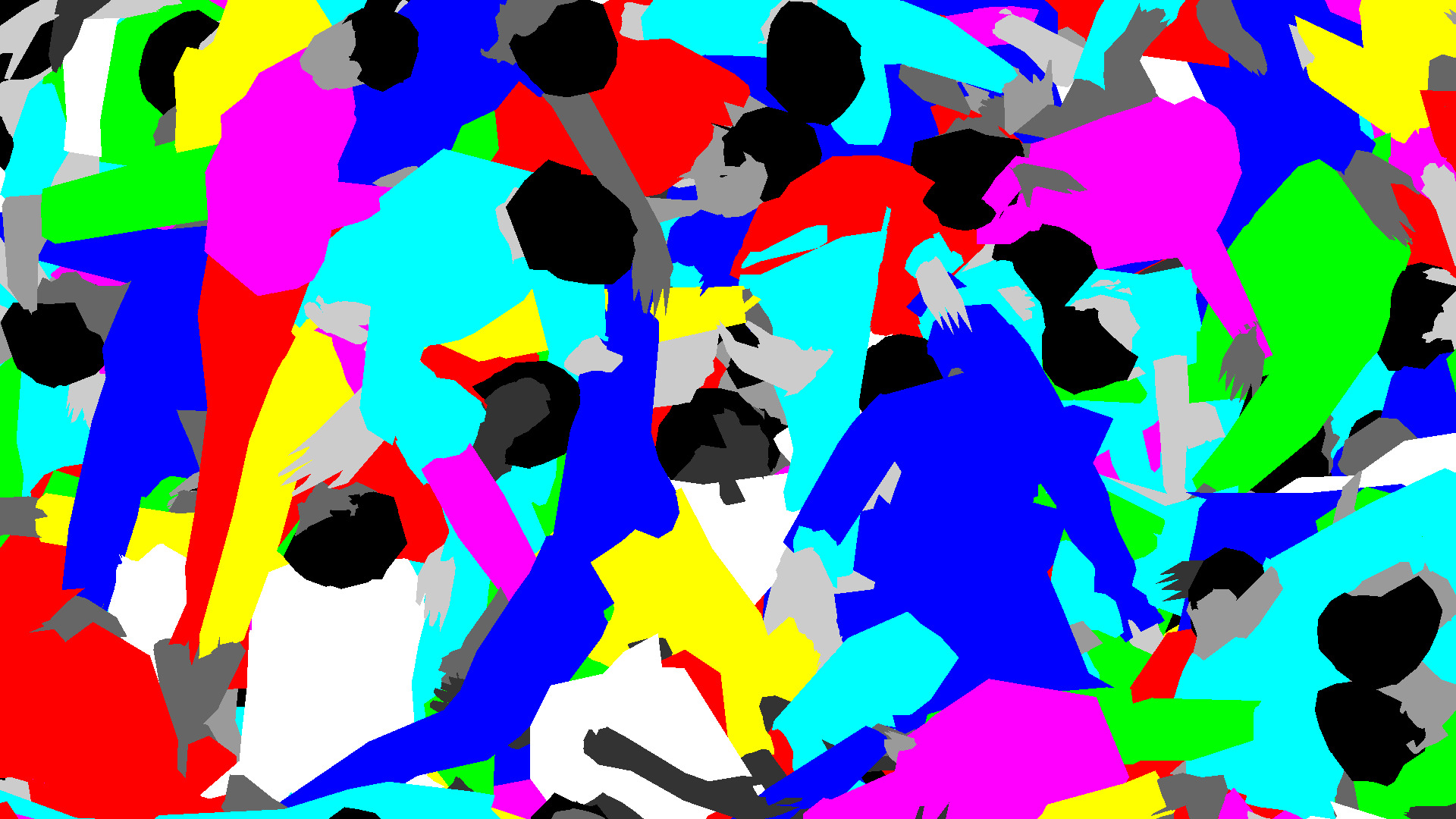 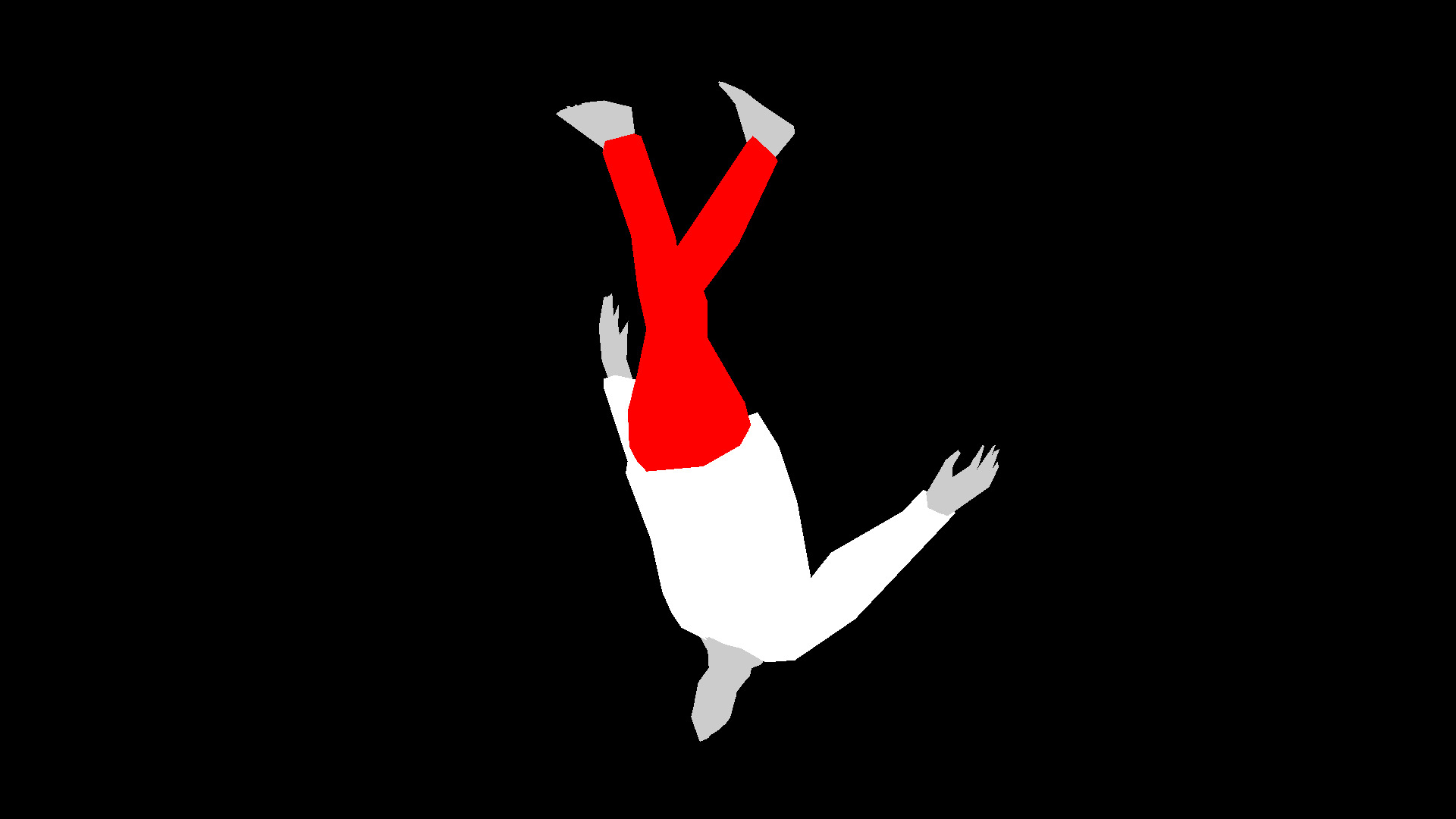 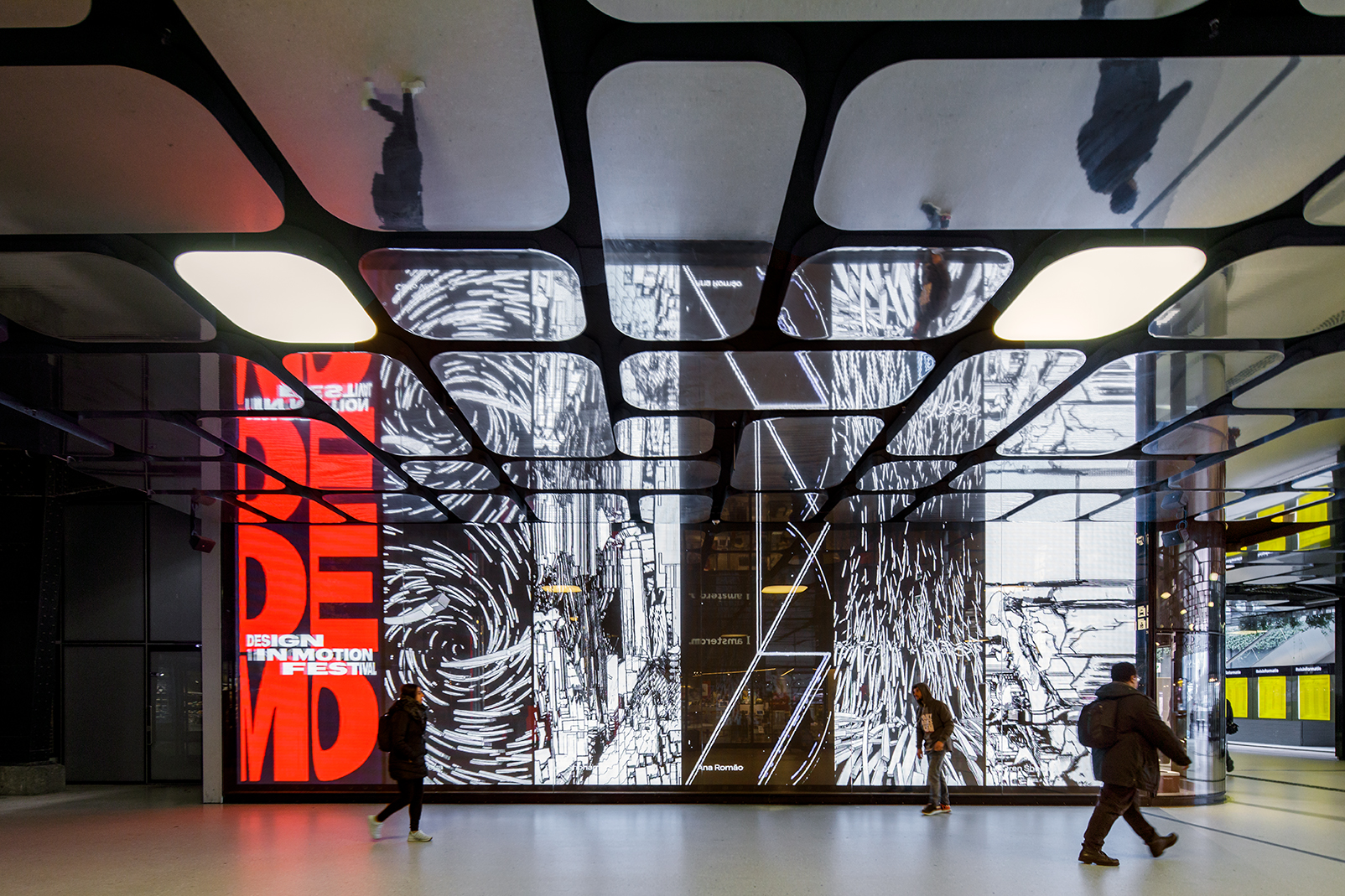 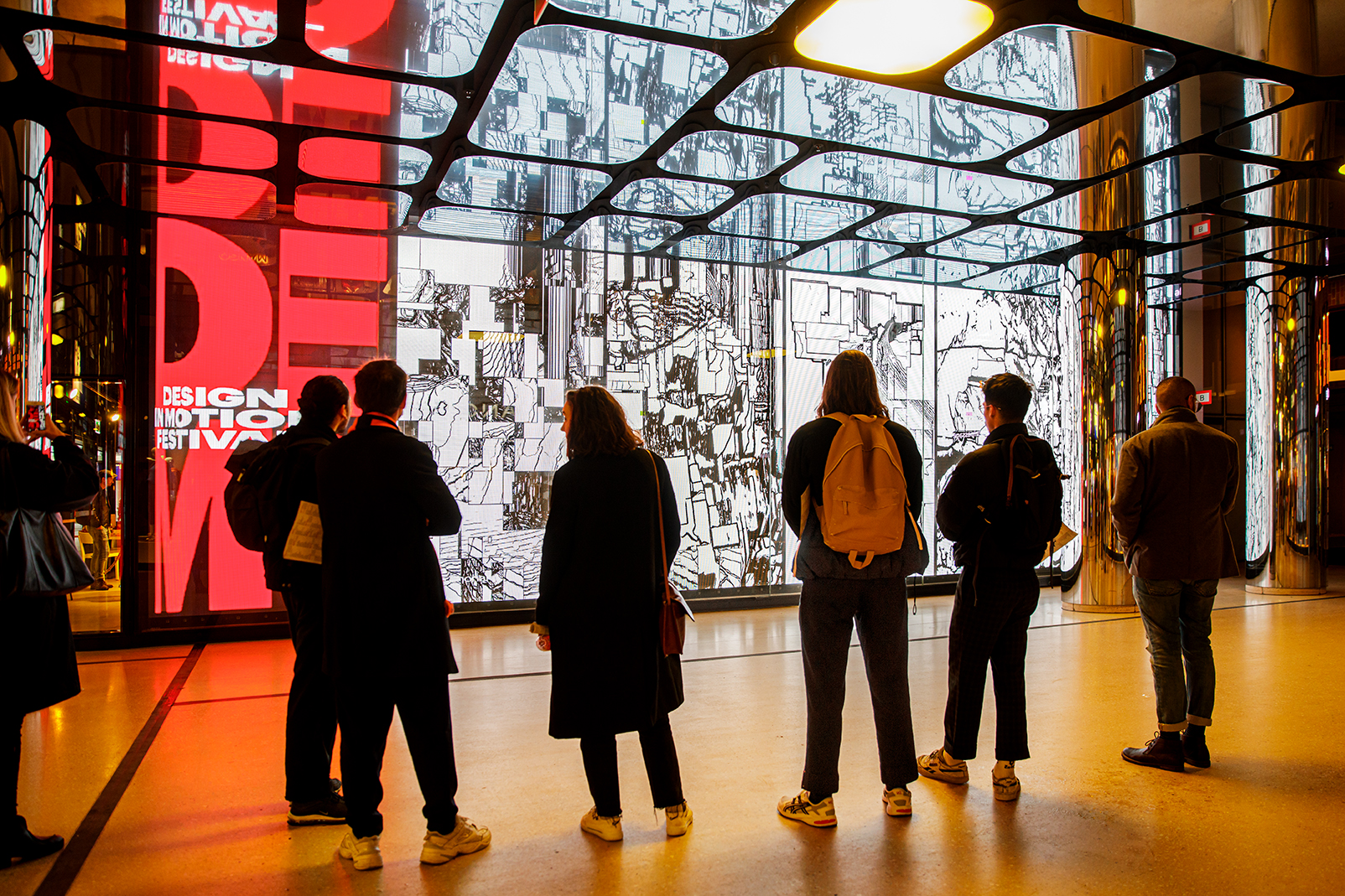 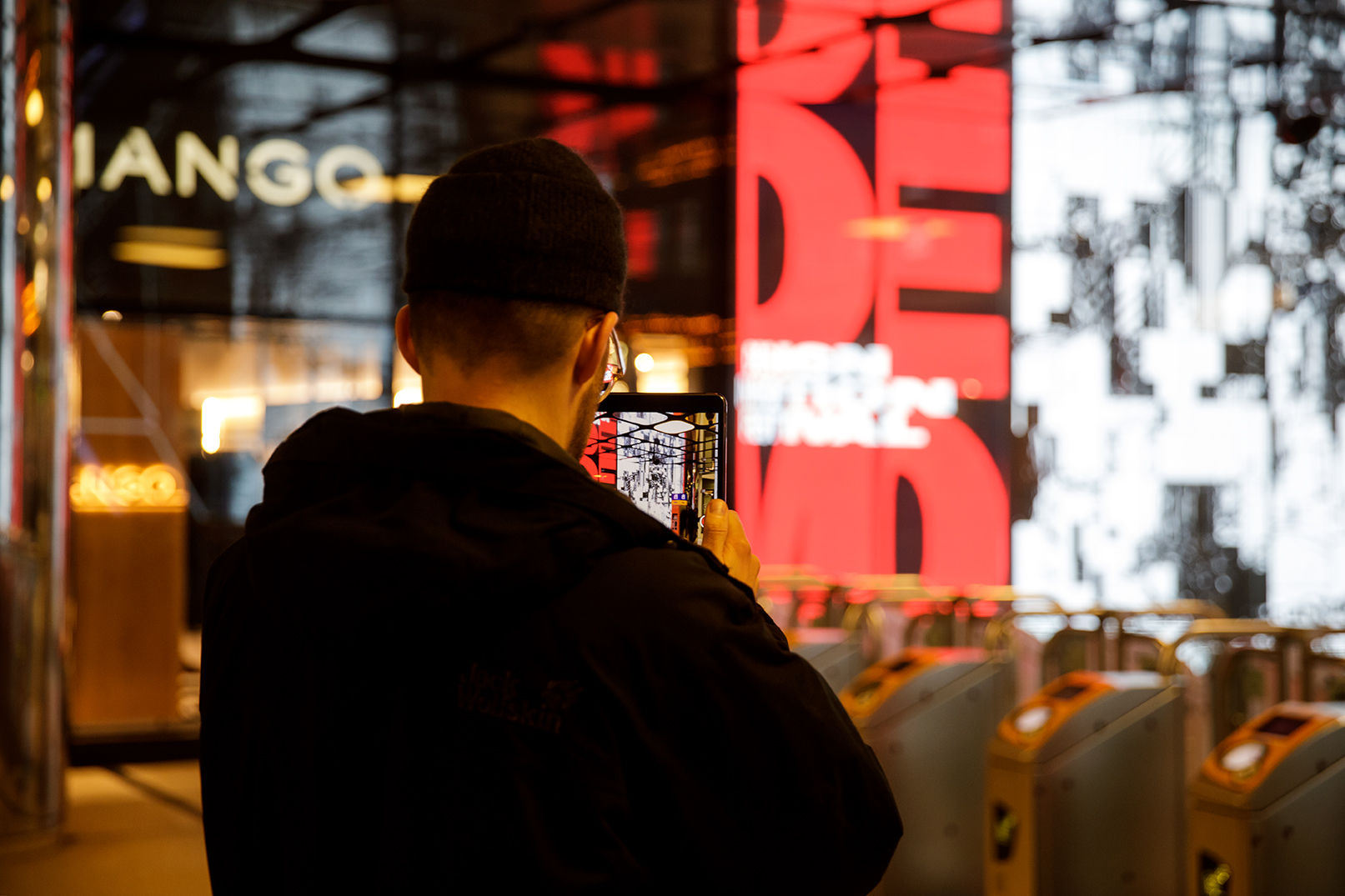 A simulation of an underground structure whose 'smart architecture' is overseen by artificial intelligences -- spatial and social designers that observe, learn, and make changes to the system. Unaware of the control exerted by these entities, residents move through spaces that reflect varied economies and class hierarchies. Periodically this system will interject one of 48 cinematic interludes that reveal different facets of life in this decaying arcology.

I helped Peter Burr prepare single-channel versions of Dirtscraper for exhibition and streaming online. This involved optimizing various aspects of the Unity project and building editor tools for cinematography. 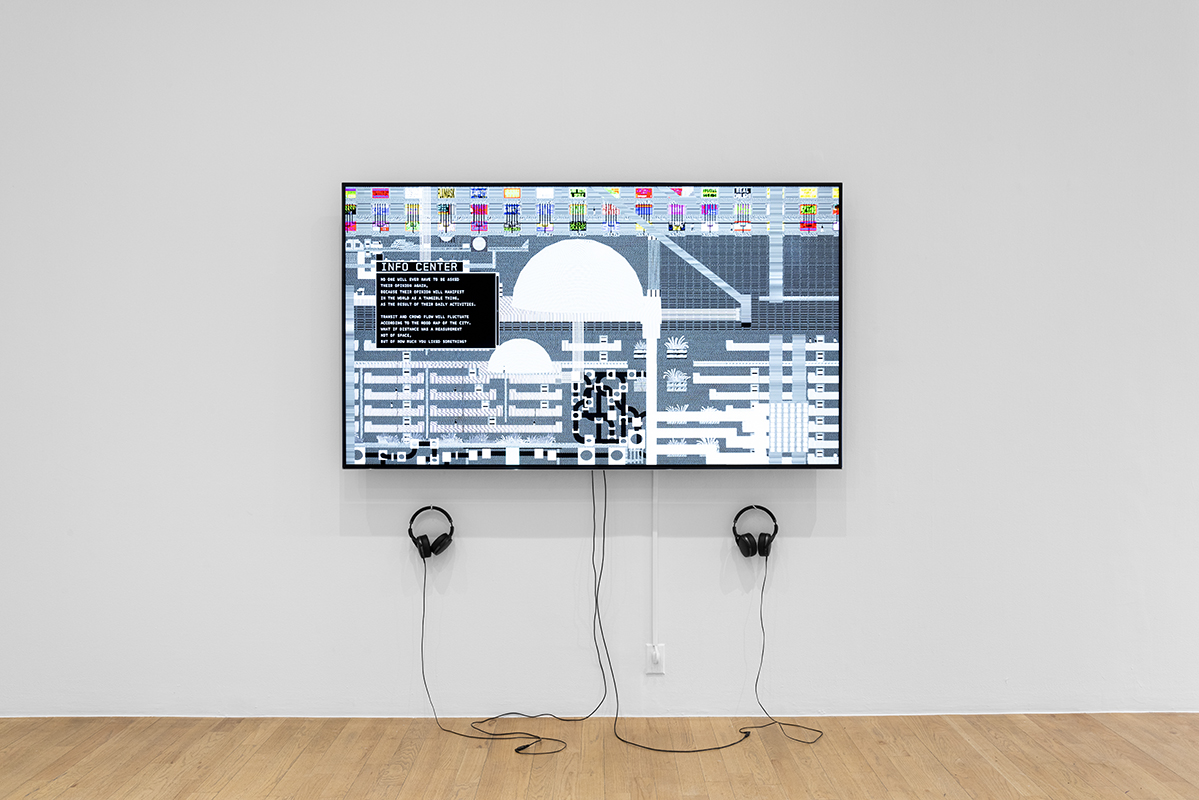 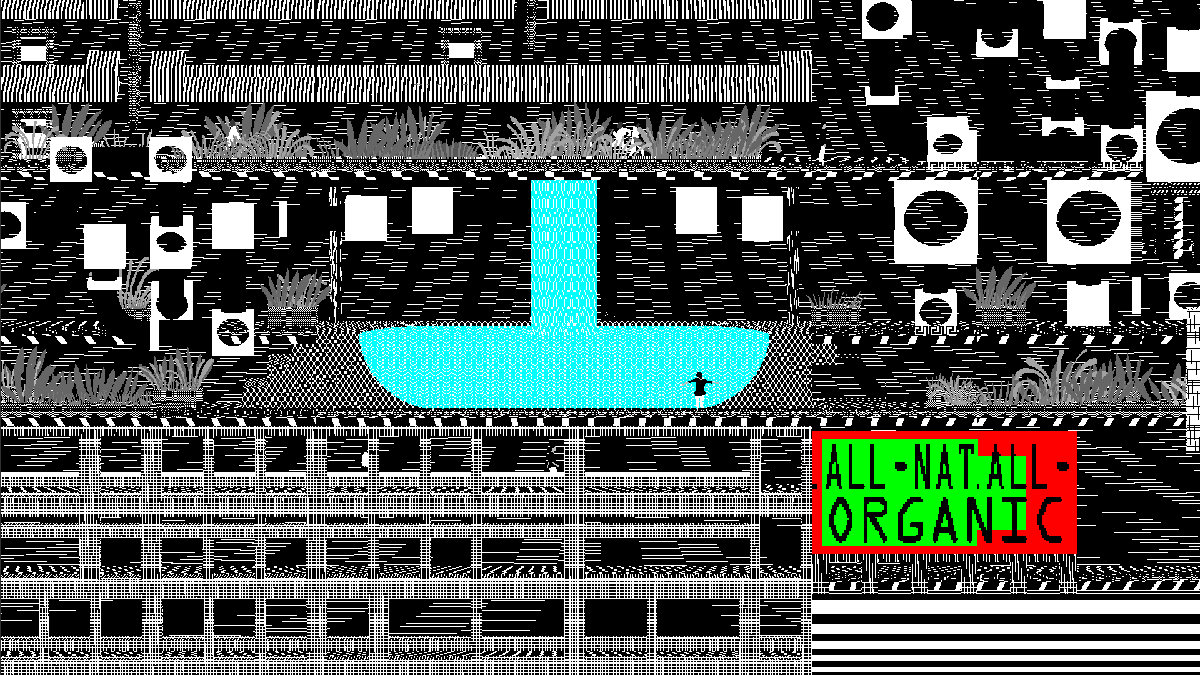 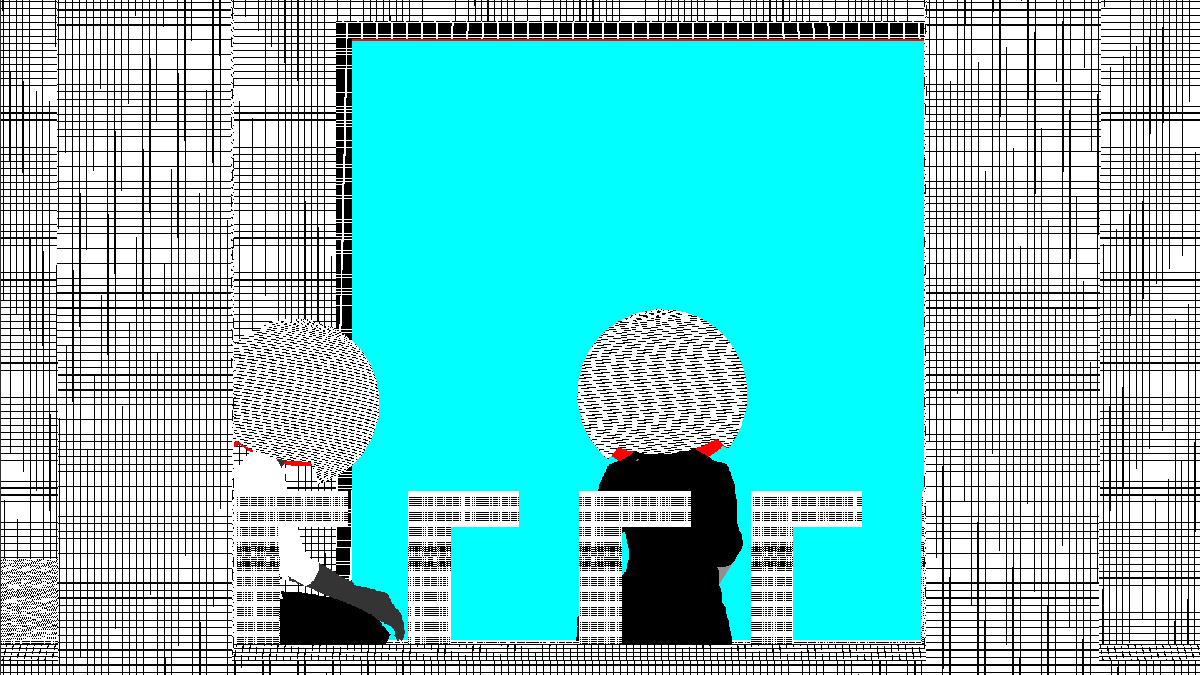 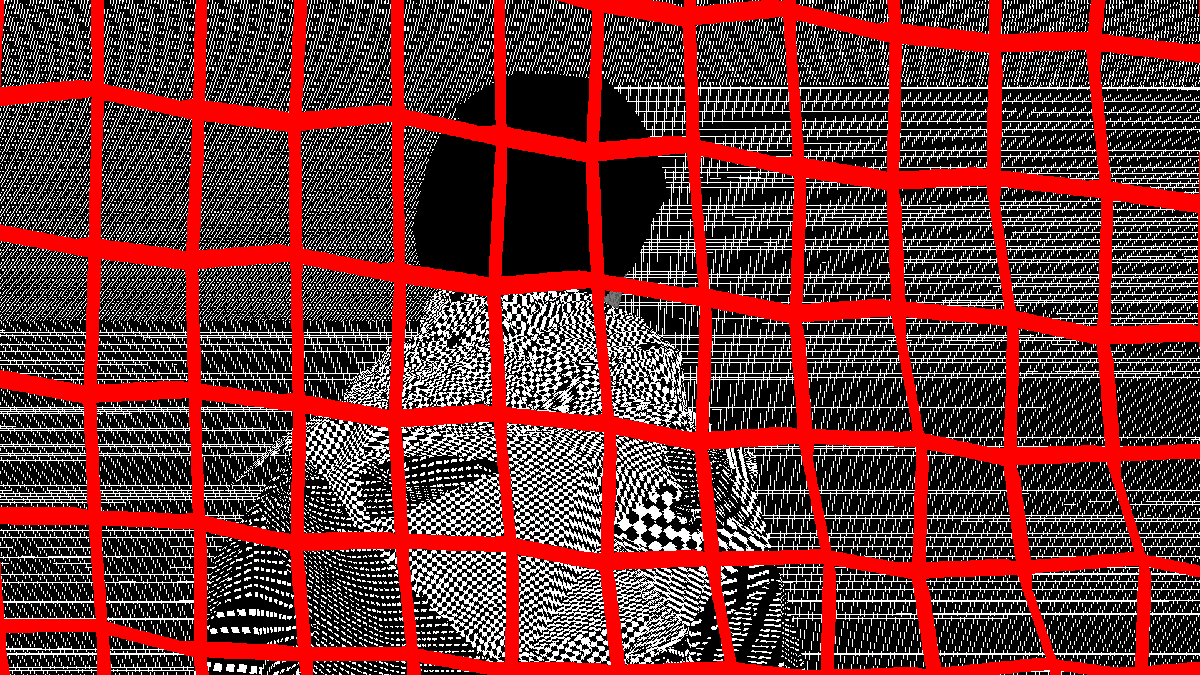 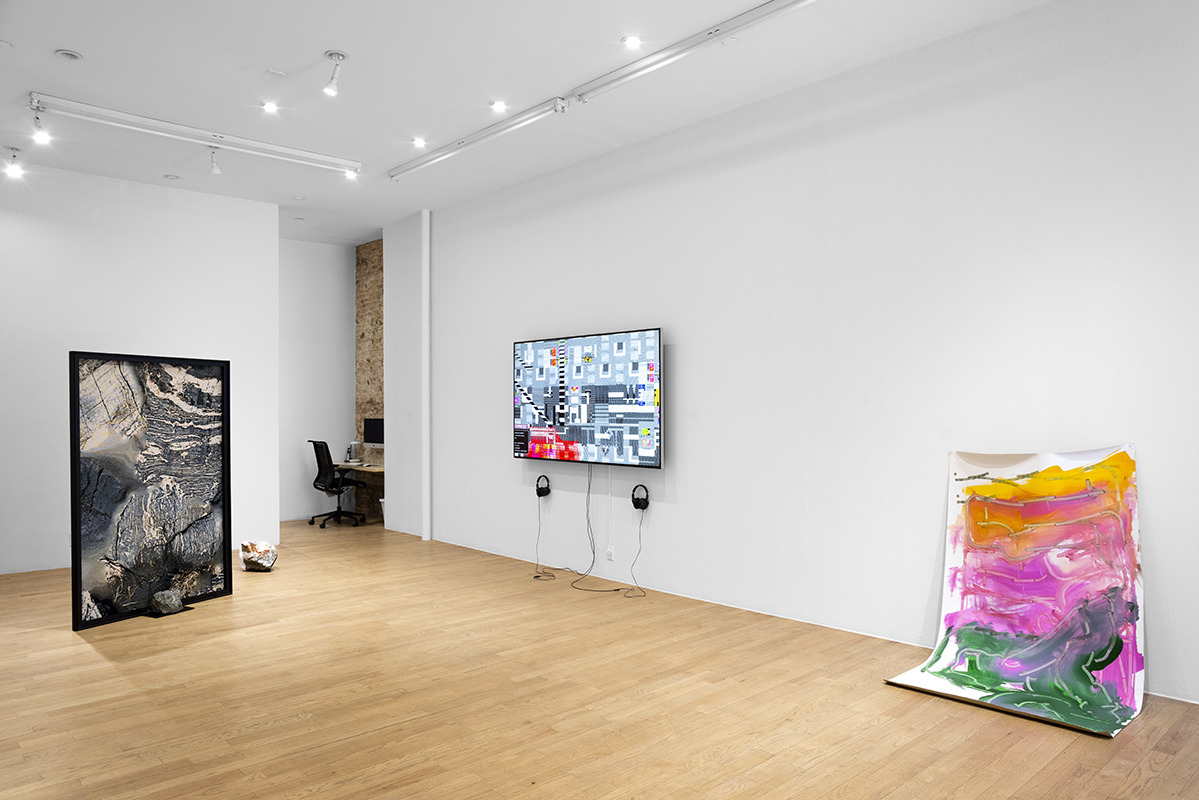 A portrait of a computer desktop community. Drop City takes its name from the first rural hippy commune in America, a settlement in southern Colorado that formed in 1965 constructed of discarded junk, salavaged car tops, and other detritus fashioned into inventive living structures. A decade later Drop City was completely abandoned. Nothing is left of it today.

The film was commissioned by Daata Editions in 2019.

I worked on this project as a Unity developer, programming crowd simulation agents and procedural character animations. 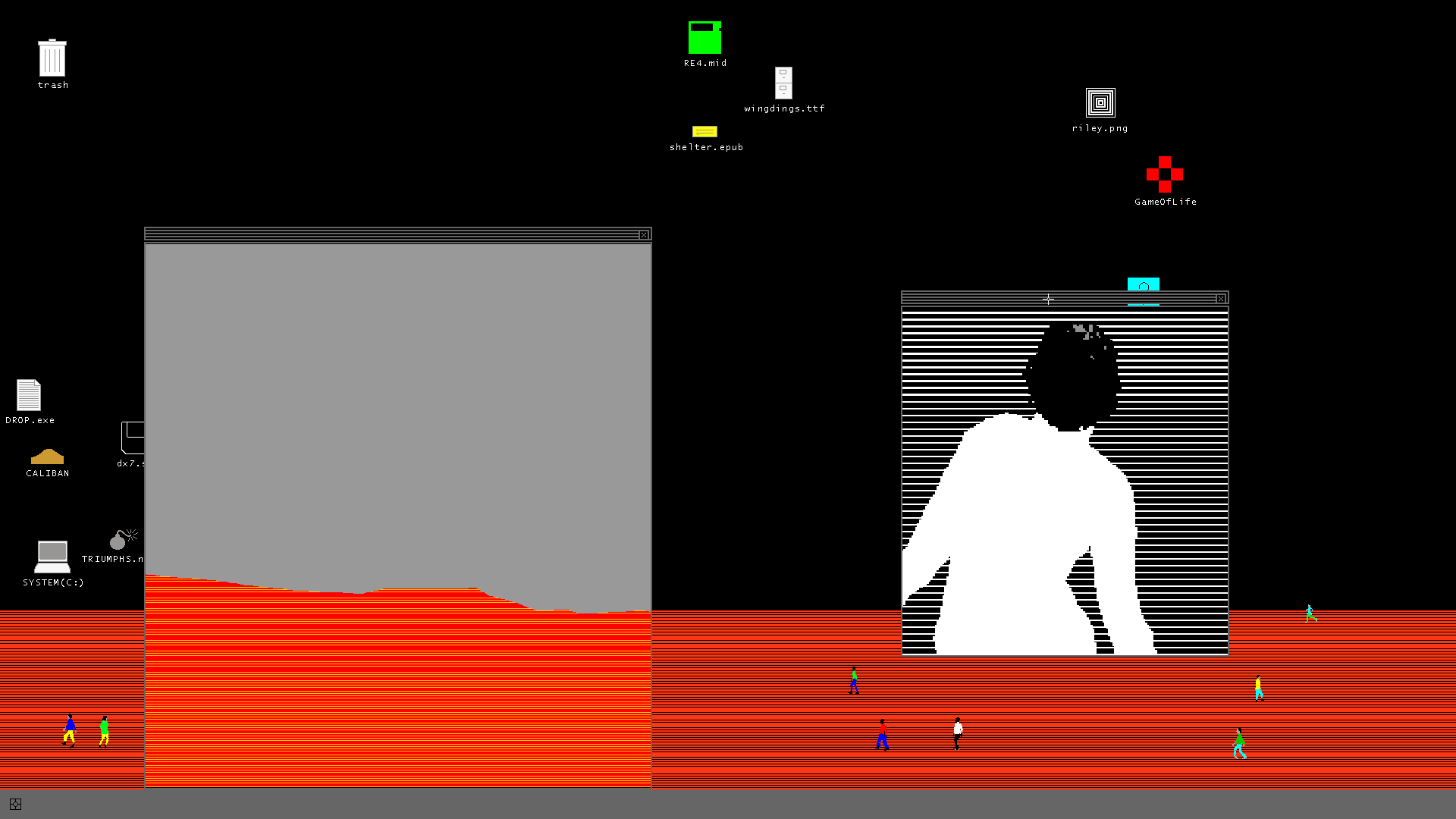 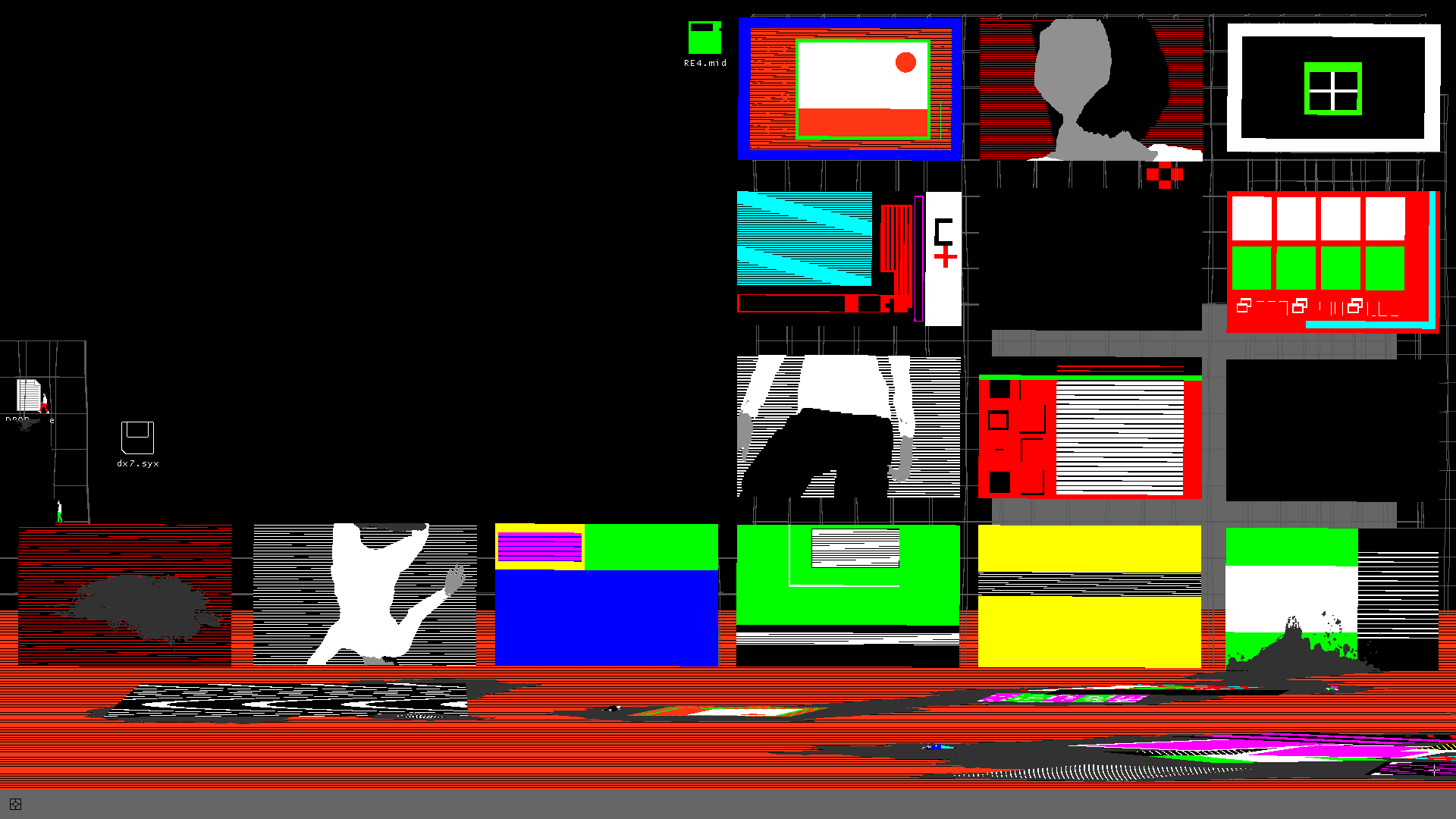 I helped Matt Romein develop a show control system in Max/MSP that allowed him to program a 30-minute sequence of animations for a custom modular video synthesizer. 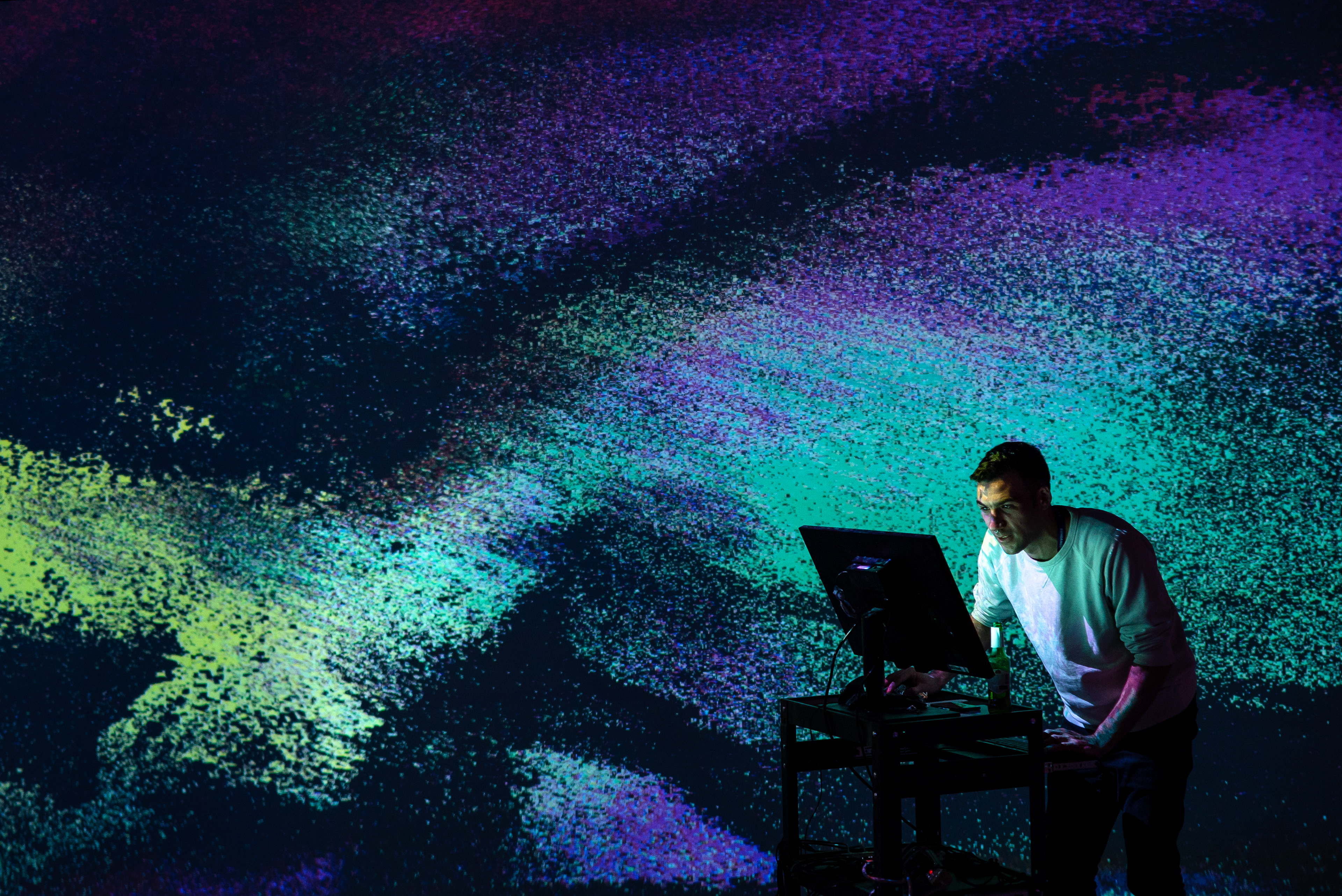 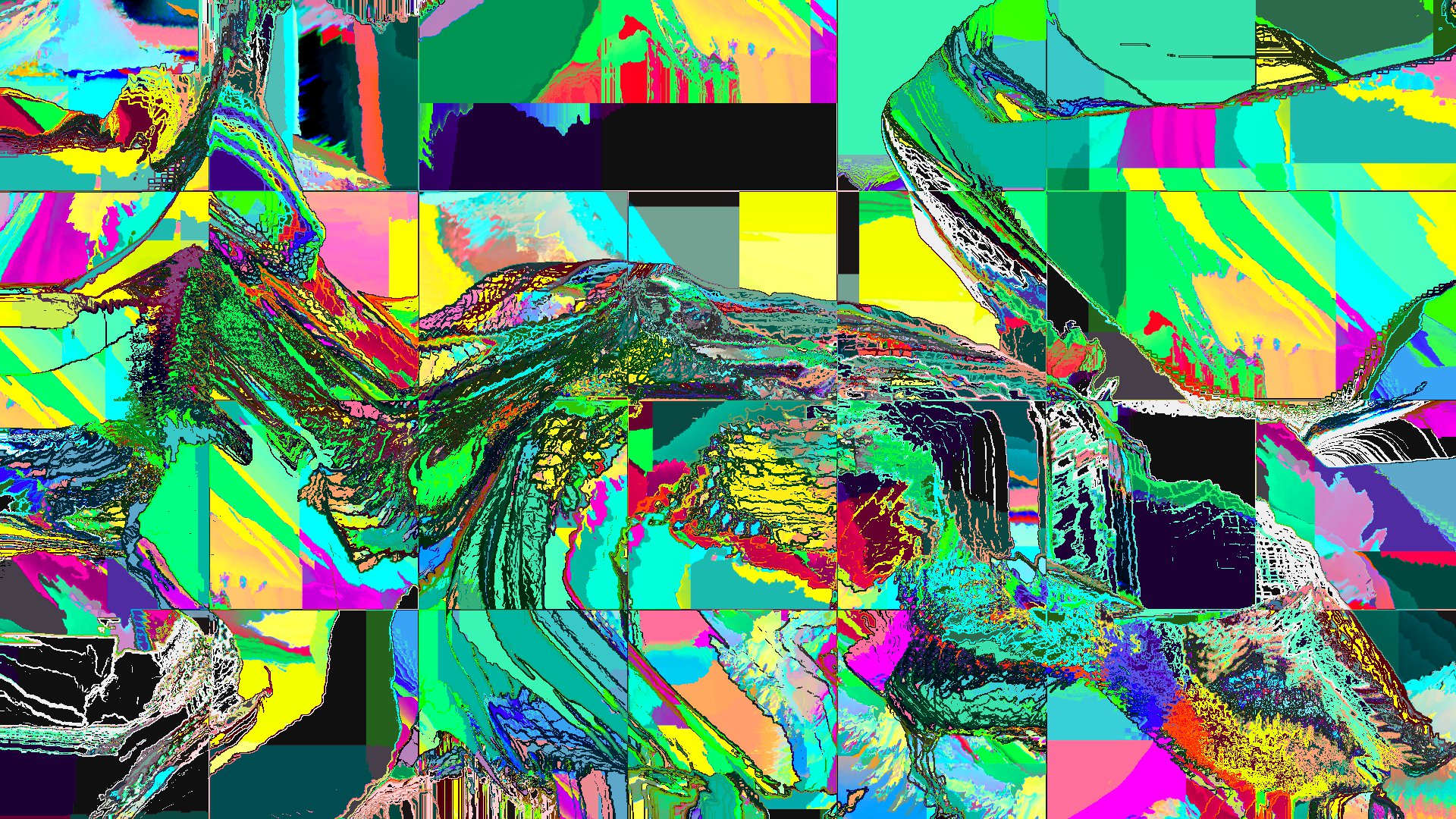 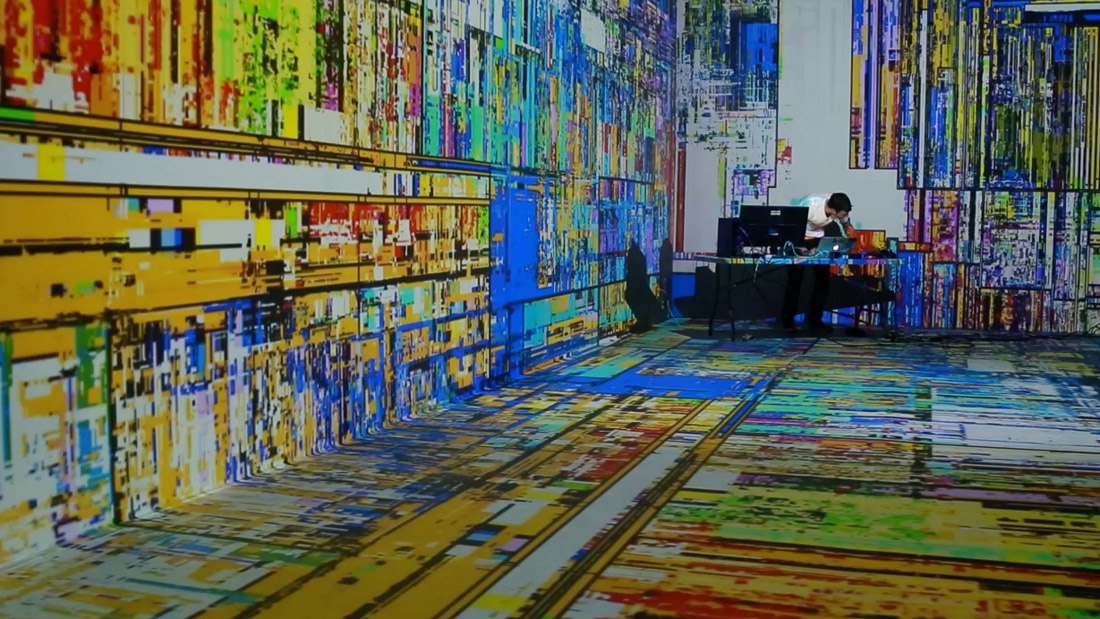 A performance tool that would visually respond to the live reading of poetry and prose, created with Maxwell Neely-Cohen during his 2018 residency at CultureHub. Exhibited at a public reading with poets Meghann Plunkett, Rhiannon McGavin, Angel Nafis, and playwright Jeremy O. Harris.

For this project, I developed a Unity library that provided real-time speech transcription via Google's Cloud Speech-To-Text API. Game developers Flan Falacci, Dennis Carr, and Milan Koerner-Safattra used this library to create prototypes for interactive graphics that responded to text in various ways. 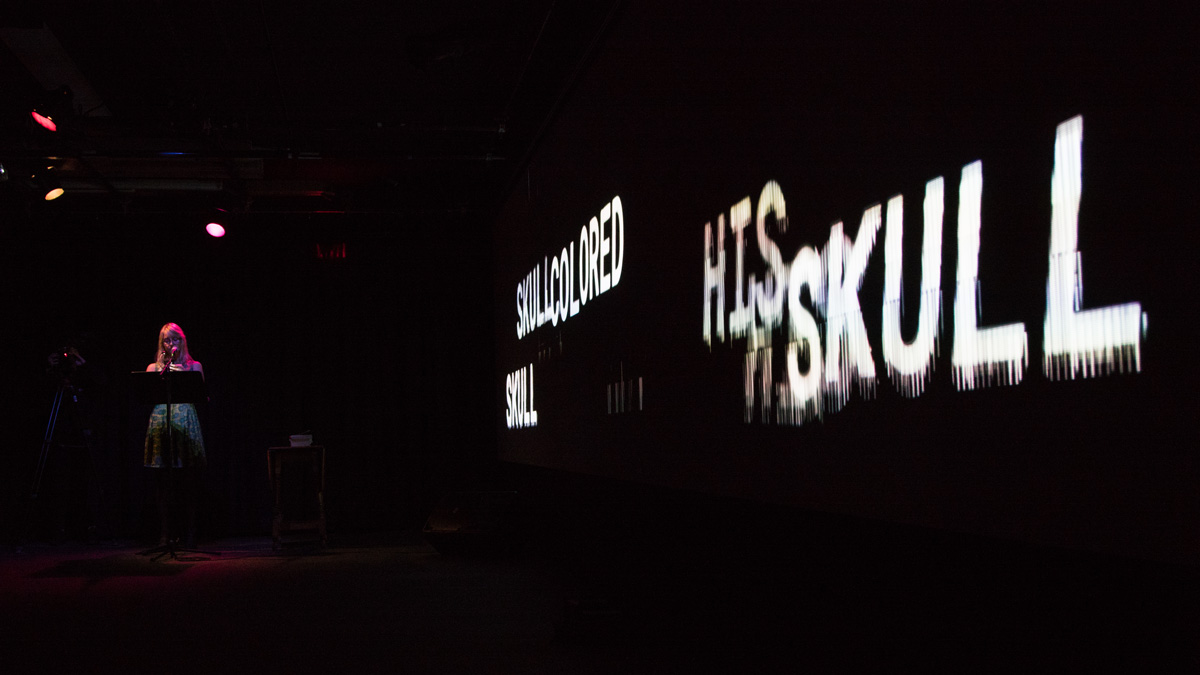 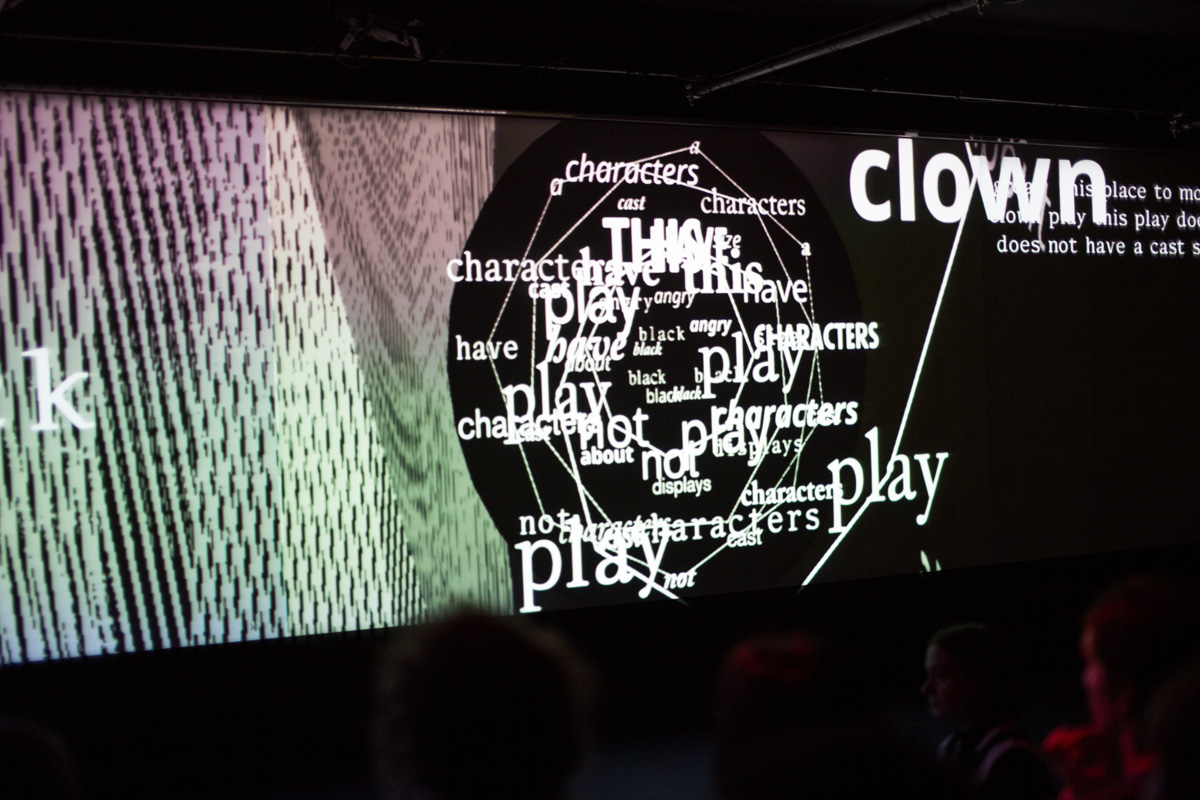